In terms of The Golden Moth Illumination Deck project, the past few weeks have been a time of waiting and recuperation. But now it's time to get busy again! Here is the latest progress: 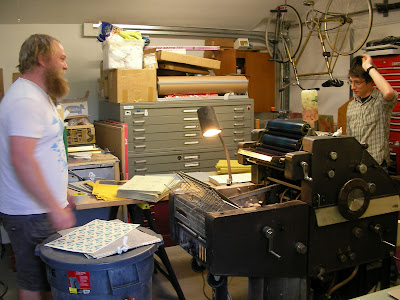 A couple weeks ago, I visited the Archaic Mess studio to do a press check. Taylor Ball (right) of Parcell Press and Travis Robertson (left) are the duo behind the Mess. Taylor mostly handles the printing and Travis mostly handles the finishing (paper trimming, stapling, etc), though I'm sure both help out in either realm. 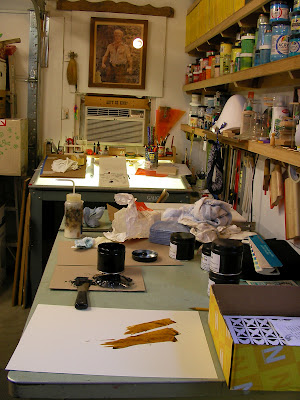 A glimpse of the workspace where the magic happens. 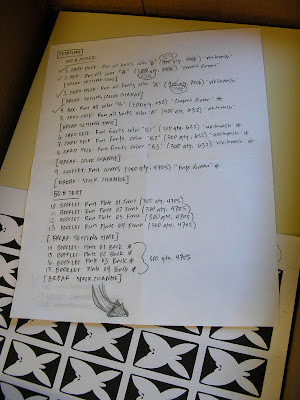 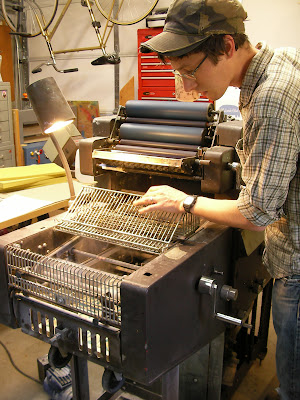 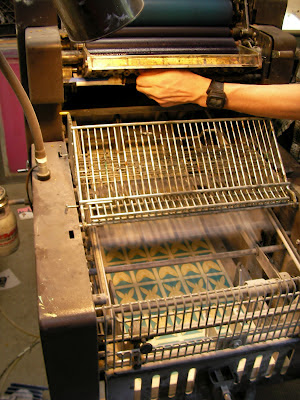 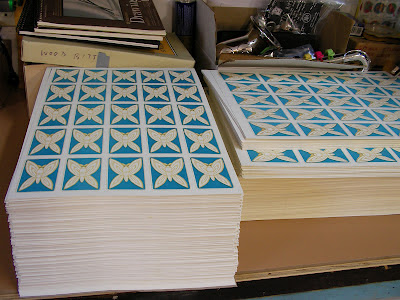 Out of the contraption and into the stacks - hundreds of golden moths!

Keeping in mind that we are but human individuals with varying schedules working on this project, Travis delivered most of the cards to me a few days ago. "Most" - meaning that there are still some cards that need to be trimmed due to the fact that he needs to get the guillotine blade re-sharpened, but it shouldn't be too long before he can deliver the rest. Check it out some of the cards!
May 21st Update: Everything is now trimmed and ready for me to get crackin' on it! 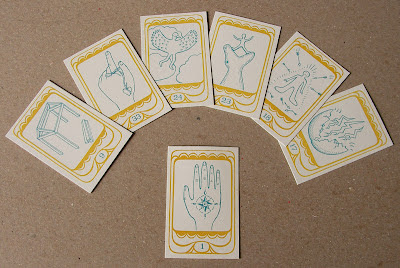 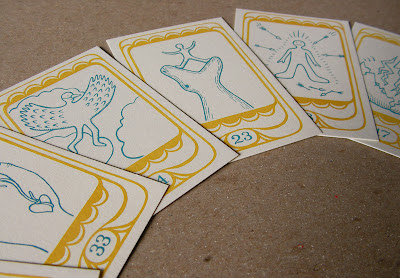 Some of you may notice that I changed the design of the border slightly. I was going to use blue in the border, but decided that it looked too busy.

In the meantime, there is still some work for me to do to get these cards into the hands of my Kickstarter backers, and then to the general public. I have to corner-round the cards: 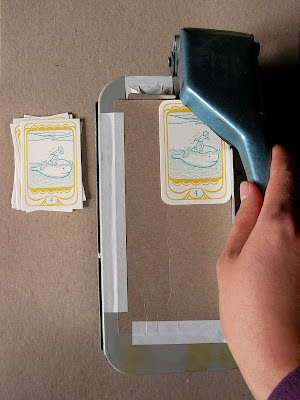 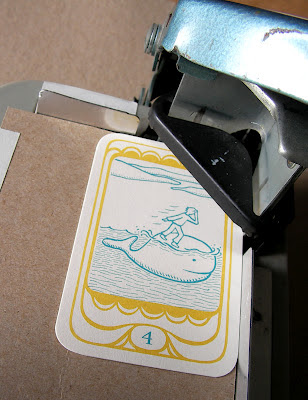 And I have to hand-cut the boxes and assemble them - this is the step that I think will be the most time-consuming! 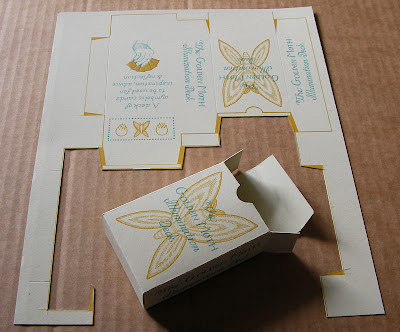 Then the cards need to be collated into numbered order for each deck. All of this goes into a package with the Arrow Spread Sheet: 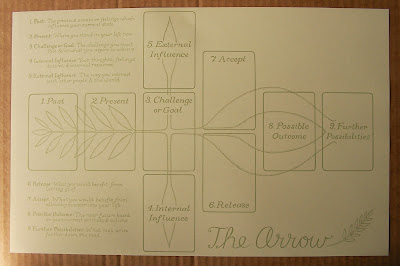 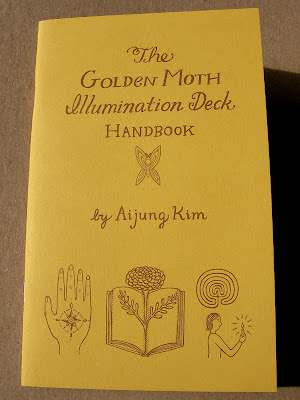 The Handbook looks really cute, don't you think? For some reason, I was almost more excited about seeing the Handbook than I was with the actual card deck, maybe because I still have to work on the deck but the Handbook was delivered all finished and pretty by Archaic Mess.

I was so worried about writing the book, but once I finally got into it everything flowed well. My aunt and older sister helped a lot with editing. I hope that the Handbook will be helpful and informative to others.

Oh, almost forgot - I also have been working on the mini-art that goes to Kickstarter backers who pledged $30 or more. Here is a sampling of some of the art I have finished: 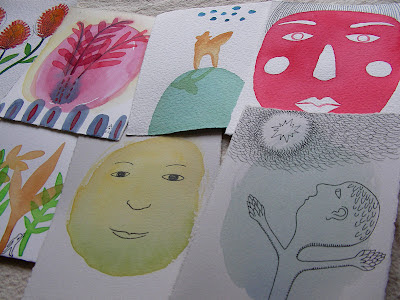 So now I need to get back to the drawing board and chug away at all the details. I also need to finish the notecard and poster designs, and I will hand screenprint the poster. I am hoping to start sending packages near the end of this month, with the goal of having everything delivered by June. Thanks everyone for your patience! And if anyone in Richmond is interested in helping me out with some of these finishing touches, give me a holler. I can compensate your time with food and artwork!

With the extra money I raised from my Kickstarter campaign (I raised $4,800 when the original goal was $4,000) I decided to up the quantity of decks, spread sheets, and handbook from 250 to 300. I was also able to order a larger variety of postcards.

Thanks everyone who cast their vote on the postcard and bookplate designs. If you are a Kickstarter backer, here is the choice you will get if you ordered postcards: 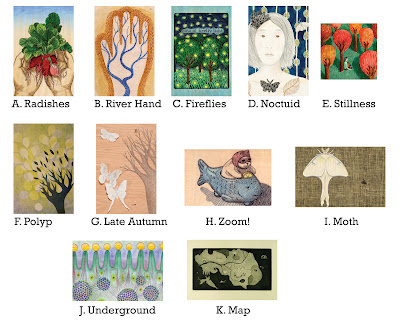 And here are the bookplate designs: 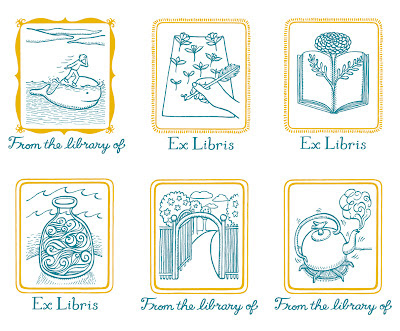 For those of you who weren't able to get in on the Kickstarter campaign but would like to order a deck or related products, I will be listing them for sale in my etsy shop, Sprout Head, after I have shipped out orders to my Kickstarter backers.

Until then, you'll just have to wait a little longer!